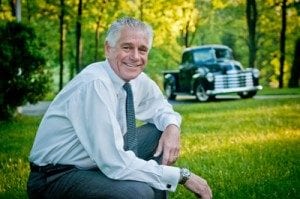 Regg Swanson is the founding Partner of STAR Physical Therapy. Regg was born and raised in Nebraska, where he grew up working on a farm and became an avid athlete and outdoorsman. A graduate of Wayne State College with an M.A. in Sports Medicine, Regg traveled the world as a Certified Athletic Trainer for the U.S. Olympic Swim Team. He would later be named one of 17 Athletic Trainers selected for the 1988 Olympics in Seoul, Korea. In 1996, Regg was selected as the swimming Head Athletic Trainer for the Atlanta Olympic Organizing Committee.

After moving to middle Tennessee, Regg designed a comprehensive Sports Medicine/Athletic Training outreach program for local high schools. He has been honored by his peers as the “Tennessee Clinical Athletic Trainer of the Year.”

Currently, Regg is on the board of directors for U.S. Physical Therapy. He serves local communities through his work at First Presbyterian Church and BrightStone (an organization helping adults with special needs).

Aside from work, Regg enjoys working and playing on his 40-acre cattle farm in Franklin, TN., where he and his wife, Adora, raised their three children. He also enjoys his newest career as a grandfather.