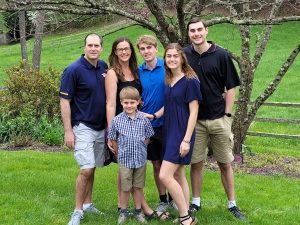 Dan Saylor is a Tennessee transplant from the deserts of Arizona. He grew up in a small town outside of Phoenix, working on his family’s cotton farm. He received his degree in Physical Therapy from Northern Arizona University in 2000. In 2001, he joined STAR after being lured east by his wife Ann, a native Tennessean from Knoxville who was working in Nashville at the time.

Dan has worked in many clinics serving many communities for STAR, beginning in Goodlettsville in 2001 and eventually opening an onsite clinic with Tyson Foods there in 2003. He then moved down to open a clinic in Nolensville, TN, in 2005 before being asked to take over the clinic in Ashland City, TN in 2006. In 2009, he was moved again to his current clinic in Pleasant View, where he still practices part-time. He joined the partnership in 2013 and currently serves as the Site Coordinator for Clinical Instruction for STAR and is involved in operations.

Dan and his wife Ann reside in the Pleasant View community and they have four children. Dan and Ann are active serving as deacons in their local church, 24 Church, and Dan serves on the finance team. Any spare time they find is spent supporting their children who play college basketball at the University of Alabama in Huntsville, high school basketball and soccer at Sycamore High School, and recreational soccer and basketball with their youngest. Dan enjoys trivia, word games, craft beer, and watching all things sports.