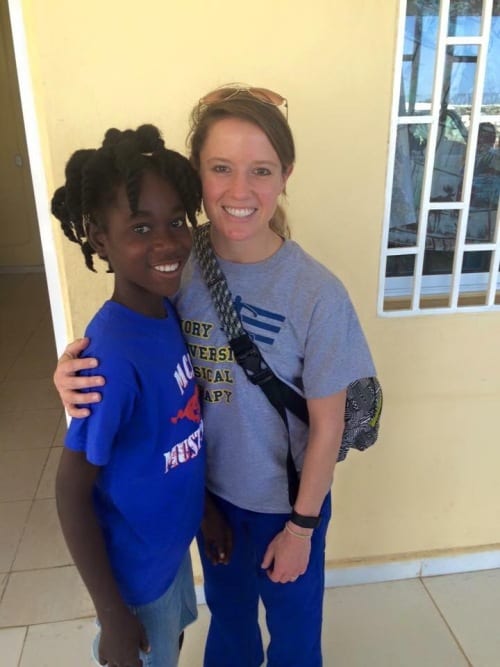 My experience in Haiti on the medical mission trip was definitely an eye opener. I went in to this trip not knowing what to expect but was very excited. I knew the obvious things about Haiti that it was a third world country and one of the poorest countries in the world, but I did not actually understand how poor it really was compared to other countries I have visited in the past. Seeing the homes there was shocking to me. Many of the homes in the villages we visited were either huts made of sticks and tarps or were half built because the owners could not afford to finish its construction. Going on the community visits each day was my favorite and least favorite thing about the trip. It was eye opening to see how the families in Thomazeau were living, usually in a tiny hut which housed 5-10 people. Most of their homes were smaller than most Americans’ bedrooms. While this was heartbreaking to see how they were living, it was amazing to see how the people responded to us visiting them. Most lit up with excitement when we visited and were happy to have Lourie Vanderpool share their story. We also were able to provide them food bags to help feed their families. It was amazing to see how happy some were despite such harsh conditions.

My other favorite part of the trip was my interaction with the children of Thomazeau. I was assigned to work with Johnny’s kids, which was a group of six children with disabilities. All of these children had physical disabilities and four of the six also had mental disabilities as well. I worked the most with one girl who had sustained a TBI a couple years before. She could not walk well so her mother would tie her to their home when she would leave because she could not carry the girl and their groceries from the market. Because of this, she quit walking altogether. During last year’s mission trip to Haiti, the STAR group was able to teach her how to walk again with little assistance. Building on this, after working with her this year she was able to walk independently and did not require any assistance with other functional activities such as sit to stand transfers and vice versa. She was also able to throw and catch a ball, which she could not do well the first day we worked with her, and were able to challenge her by having her balance on a physio ball while performing this. She was not only improving her balance and motor skills, but she was having so much fun. It was very rewarding to see how much she improved in the short amount of time we worked with her and to see how happy she was working with us and interacting with the other kids.

I am very grateful for this wonderful experience and will never forget it!